Enjoy this sample from my 6 Month Daily Meditation 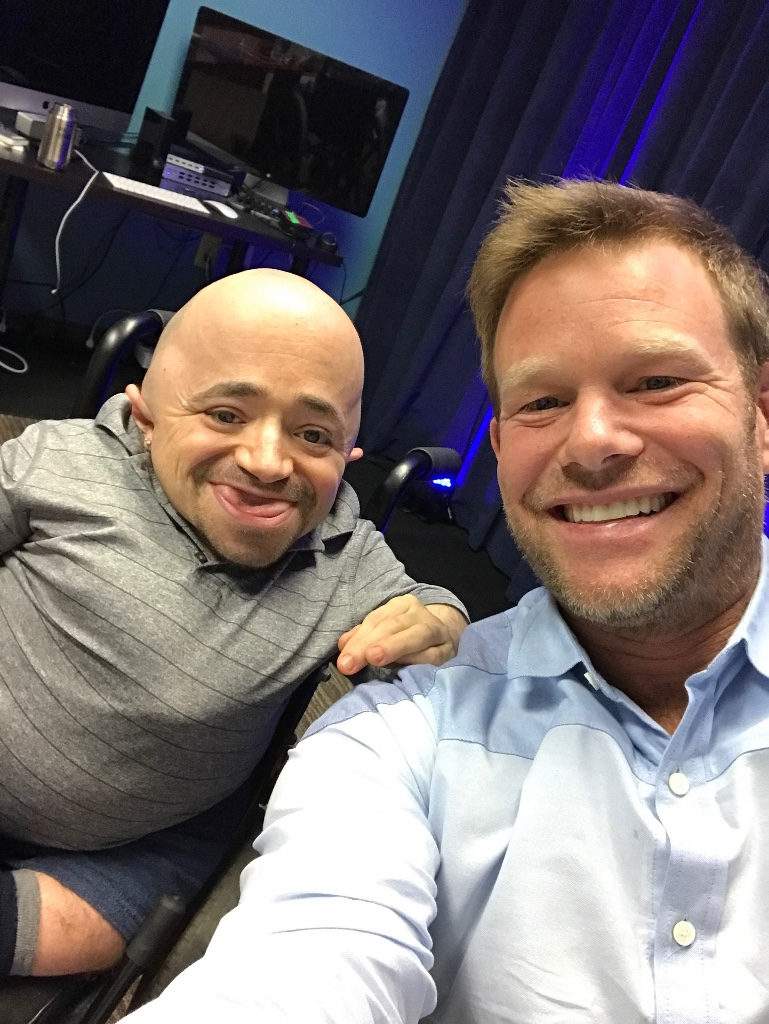 Today is a tribute to one of the most inspiring people I’ve ever met: Sean Stephenson

Last week, Sean passed away at the age of 40.

You’ve got to hear his story.

Sean was born with a condition called osteogenesis imperfecta. He stood three feet tall, had fragile bones, over 130 surgeries. and through it all, he was a total badass.

A few years ago, my friend Ian got me the gift of a daylong session with Sean Stephenson. It was supposed to be about becoming a better public speaker

Sean was a world class speaker. I mean… he was RIVETING to watch.

So I showed up and thought Sean was going to give me tips on projecting your voice, how to command the stage, etc.

But over the hours we spent together that day, I spilled my beans to him. Told him everything. He kept asking questions. I kept sharing and sharing.

At one point, I said to him, “Isn’t this supposed to be about becoming a better speaker?”

He explained how his background was in therapy, and you can’t be a great speaker until you are true to yourself.

His exact quote that summarizes his life and his teachings, at least to me:

So I put all my cards on the table and we looked at them… together.

It was a beautiful experience…super healing…to be vulnerable in the most real way.

Sean committed his whole life to vulnerability. He had no choice.

When he was born, the doctors told his parents that he would be dead within the first 24 hours.

40 years later, he lived and all those doctors had died.

I want to share a few lines from Sean’s legendary TedTalk:

“Never believe a prediction that doesn’t empower you.

“How many predictions have been thrown at you your whole life?

“If you believe predictions that do not empower you, you will wither away and die, either physically die or your spirit will die as you just walk around the world like a carcass that is just following the masses.

“I get stared at everywhere I go, and the moment people meet me, if they don’t know a thing about my résumé, they automatically, just by the human nature, think to themselves: ‘Oh, it must be so difficult to be that man!’

“You know what the worst drug that ever hit the human race is? Pity.

CHOOSE A LIFE OF STRENGTH!

Take a look at the Facebook post announcing Sean’s passing… Look at the comments. The outpouring of love is incredible!

He created an internal stirring in others.

It’s a very rare human with the ability to do that.

“Achievement doesn’t come from what we do, but from who we are.

“People who profoundly achieve aren’t necessarily people who do so much. They are people around whom things get done.

“Gandhi and JFK were examples of this. Their greatest achievements lay in the energy they stirred in other people. The invisible forces they unleashed around them.

“But touching their own depths, they touched the depths in others.”

Just in case that’s unclear, I’m putting Sean right there with Gandhi and JFK. At least that’s the impact he had on me.

i didn’t fully appreciate the gift of a day with Sean until after his death.

But isn’t it so much better to appreciate life as it happens… in the moment?

If a man who was 3 feet tall in a wheelchair with over 130 surgeries can have this kind of authentic presence and gratitude, do you and I have any excuses?

For just a moment, would you open your mind and heart and allow yourself to feel the depth and heart and blessing of this man’s incredible spirit.

Experience the outpouring of love for Sean…